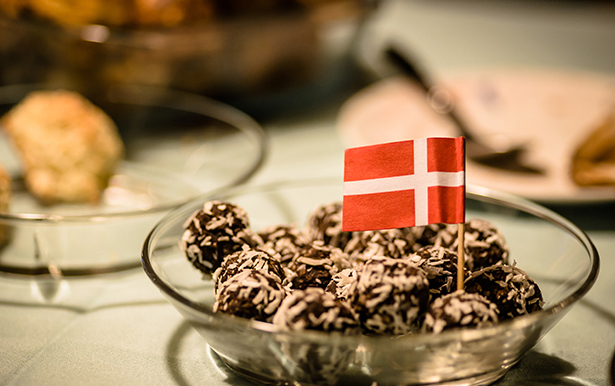 Denmark has so much to offer. It’s been named the happiest country in the world, has a high standard of living, and free education. Although Denmark is mostly greenery, Copenhagen — the city capital, is a thriving metropolis. This amazing city is home to lots of great food that everyone should try, because let’s be honest, calories don’t count when you’re traveling. These are some of the Danes’ favorite delicacies!

This is a traditional Danish open-faced sandwich consisting of buttered rye bread, topped with a lot of ingredients, and typically accompanied by salads. Toppings can include ingredients such as cold cuts of meat, cheese, meatballs, caviar, spreads, and condiments such as mayonnaise.

It was invented in the 19th century by Scandinavian agricultural workers who would pack a variety of open-faced sandwiches for lunch (often made with leftovers from the previous night) in order to provide them with energy during the long working hours. Some claim that the basic idea stems from the Middle Ages and the tradition of serving food on stale bread. Today, this Danish food is a staple of Scandinavian cuisine that is served either as an appetizer, main course, or a dessert. Smørrebrød are especially popular during the holiday festivities such as Christmas and Easter.

Frikadeller is a popular Danish meatball that is usually made with ground pork, with the occasional addition of ground beef. The original frikadeller are typically served with a traditional Danish brown sauce and boiled potatoes on the side. Frikadeller have been prepared and consumed in Denmark for more than 200 years. They are enjoyed all year round in all parts of the country. There isn’t any secret ingredient or special recipe for this Danish food, but they somehow have their own unique taste. Maybe it’s because they’re usually fried with butter. These small meatballs are also a popular topping for smørrebrød —and in the summer, they’re typically served with potato salad.

Æbleskiver are small, round pancakes that are usually topped with powdered sugar, filled with apples and served with a side of marmalade. Even though Æbleskiver were initially prepared with apples, today they rarely appear in their original form and mostly incorporate ingredients such as citrus zest, vanilla, or cardamom.

Wienerbrød iis made with laminated dough, where the dough is repeatedly covered with butter and folded over. The result is a creation that is quite similar to puff pastry. It's believed that the original wienerbrød was modified by Austrian bakers in the 1840s by adding more butter. Still, Danish pastries gained its popularity over the centuries and are now a firm favourite of the Danes. The dough is shaped into different forms and filled with flavorful, creamy fillings. Traditional fruit fillings such as apple and raspberry, vanilla custard, and almond paste are Danish favorites, but due to its popularity, the fillings are usually region-specific.

Denmark is also famous for its traditional butter cookies. One of the most famous butter cookies brands with a premium flavour is Danisa Butter Cookies. The irresistibly buttery and delicious taste come from high-quality butter and other fine ingredients baked to crisp and rich perfection, making it a perfect companion for every moment. When travelling to Denmark, don’t forget to bring some of the delightful blue tins home and share these scrumptious butter cookies with loved ones.

Denmark has made food an experience and a pleasure for the senses. There are, of course, many other must-try dishes in Denmark. So, when in Denmark try out the local cuisine and make sure to check every item off this list. After all, food is an incredibly important part of culture, and it’s a great way to get to know a country’s people and traditions! 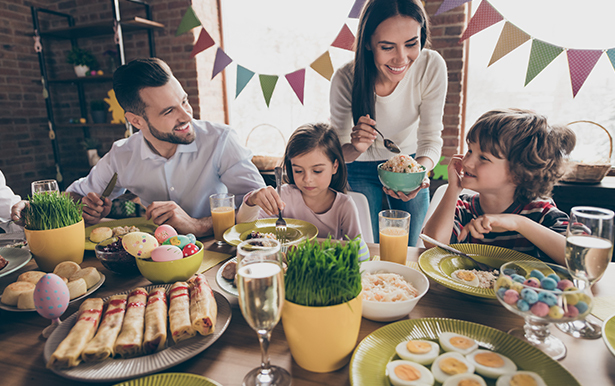 How to Plan a Perfect Easter Brunch at Home 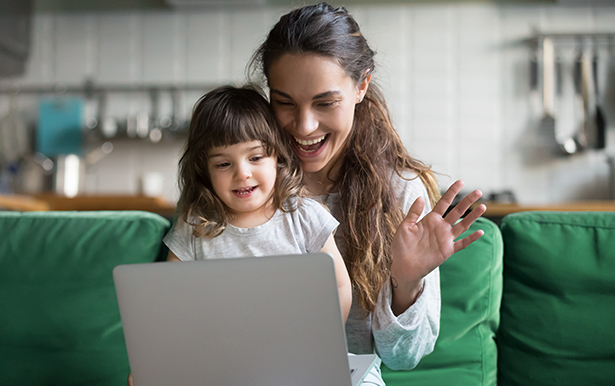 Ways to Spend Quality Time with Friends Who are Far Away